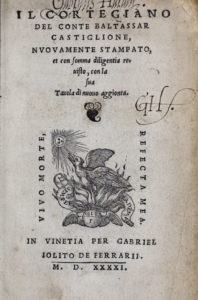 This quintessential dialogue on the ideal qualities of the courtier was universally acknowledged as a must-read text of the Italian Renaissance: an essential export of the energy, erudition, and sophistication that had come to be associated with the courts of Italian princes and aristocrats since the quattrocento. Its setting over four nights of lively conversation within the Renaissance palace of the Duke of Urbino, and its many interlocutors—princely and aristocratic, ecclesiastical and lay, male and female—present a microcosm of a polite and learned elite that embodied all the qualities of the ideal courtier: politician and ambassador, philosopher and musician, warrior and wit. The first two books present the classic image of a “Renaissance man” as master rhetorician and orator, a cautious and prudent person, but also pleasant and amusing. The third and fourth books turn, respectively, to the ideal “Renaissance woman” and to the intersection of politics and philosophy, above all to love itself. The goal of the courtier was to command the approbation of any audience without any apparent effort (sprezzatura, a kind of effortless, perfect nonchalance; or, as Harvey described it in the final annotated pages of his 1561 English translation of the Courtier: “The rarest men extend their utterest possibility, with a fine (as it were) familiar sleight.”

The runaway popularity of the text also makes it a revealing barometer of the book trade and the transmission of taste inside Italy and across the Alps, appearing in some 40 editions up to the year of Harvey’s birth, and at least 125 during the decade immediately following his death, in the original Italian (editio princeps, Venice: Aldus Manutius, 1528), as well as Spanish, French, Latin, German, and English translations. Harvey characterized his own 1541 Italian-language Castiglione in an annotation elsewhere in his library as “one of my best for the art of jesting,” alongside Cicero, Quintilian, and Sir Thomas Wilson’s modern 1567 Art of Rhetorike (quotation at fol. 69 in the latter). [See also the corresponding description of Harvey’s 1561 Castiglione in the Archaeology of Reading corpus, translated by Sir Thomas Hoby.] Peter Burke, The Fortunes of the Courtier: The European Reception of Castiglione’s Cortegiano (Cambridge: Polity Press, 1995), esp. 1-54. 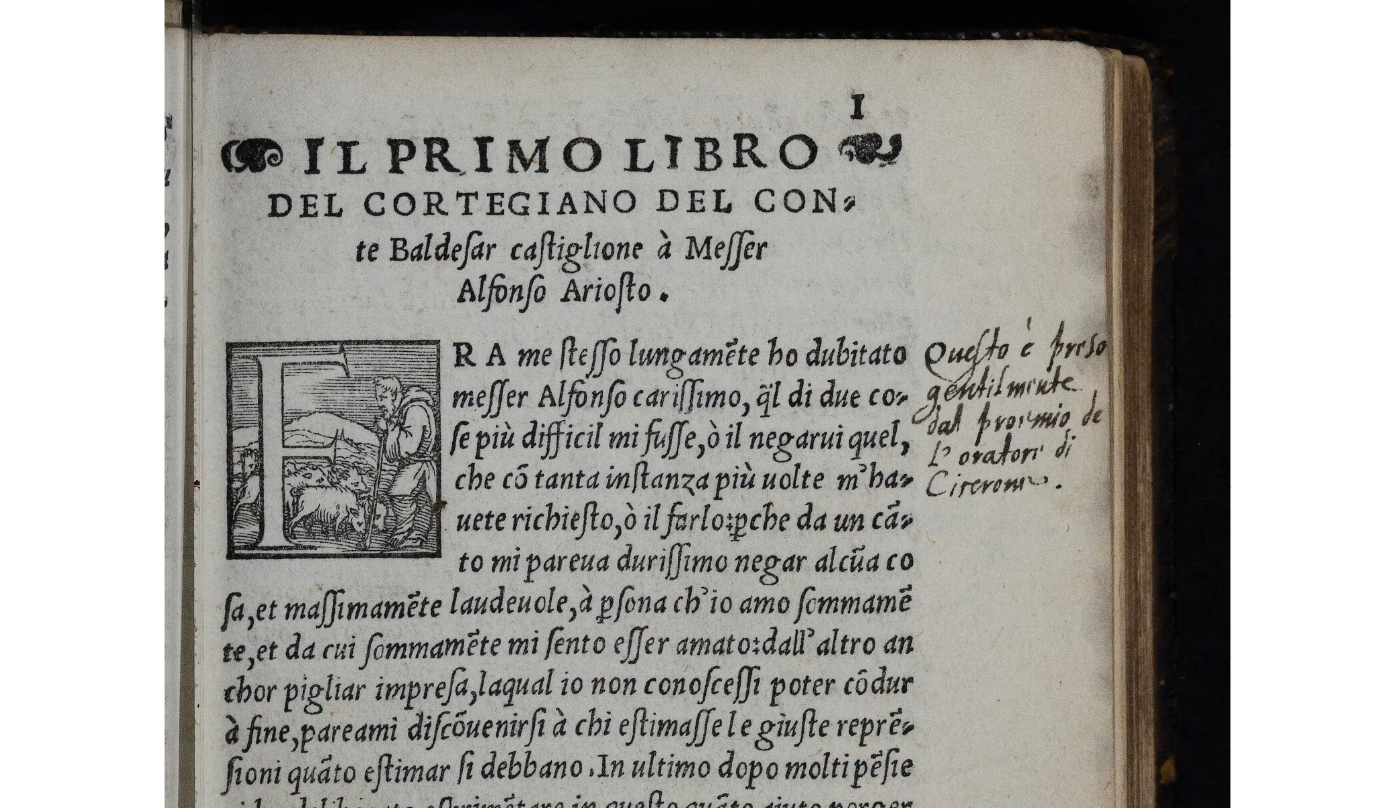