I have always been a big fan of the Dutch expression ‘het nuttige met het aangename verenigen’, that is, to combine or unite the useful with the pleasant (in Dutch – a superior and more elegant language 😉 – it sounds far less clunky). Recently several members of the AOR team spent a perfect week in Poland, and we managed to achieve just that! The week started with a two-day colloquium, titled ‘Libraries, Scholarship, & Science at the Crossroads, from Nicholas Copernicus to John Dee, 1490-1610’. A large variety of topics were addressed in the papers presented at this conference, ranging from the (alchemical) writings of Edward Kelly, astronomical works heavily annotated by Joannes Broscius and Peter Crüger, and Dee as a reader of Antoine Mizauld, to Copernicus’ annotations, the ‘history of the history of writing’, and the design of printed books in the sixteenth century (for those interested, the whole programme can be found here). We also fulfilled our scholarly duty by giving papers on several aspects of AOR: Earle started with a lucid overview of AOR; Matt focused on the data aspects of AOR, discussing the ways in which we handle and view our own data; Chris presented a compelling approach to a particular element of the AOR data, the people mentioned in Harvey’s marginal notes, and gave numerous examples of how we can use network visualization in order to make sense of this data (Chris will write a separate blog post on this topic in due course); I focused on Dee’s copy of Cardano’s Libelli Quinque and compared his annotations to those of Harvey in another astronomical text, Luca Gaurico’s Tractatus astrologicus.

Several trips to various libraries in Cracow were included in the conference programme and this, together with the copious meals and the good company, proved to be the really pleasant aspect of this week. It turned out that most libraries in Poland, or at least those in Cracow and Wroclaw, have amazing collections, many of which are not well known outside (and in some case even inside) Poland, and true treasures are just waiting there to be discovered! During the days after the colloquium the scholarly tourism continued: on Wednesday we visited the Jagiellonian Library and saw (and touched!) the autograph of Copernicus’ De Revolutionibus (some low-res images can be viewed here). 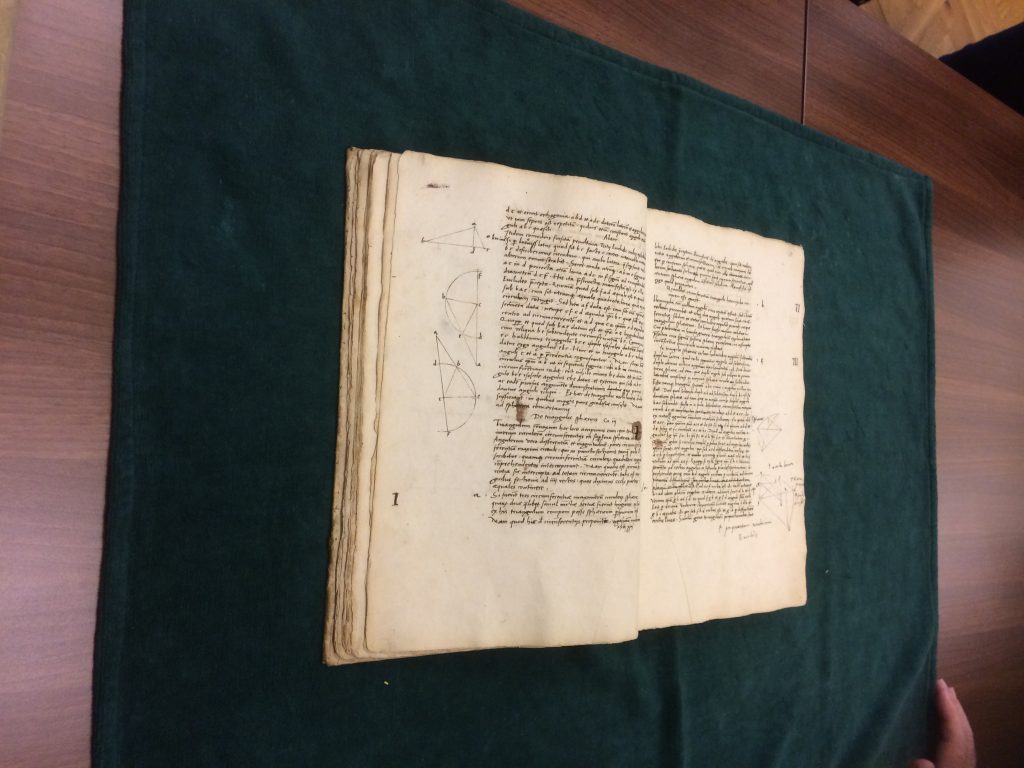 In the afternoon we had the pleasure of going to Collegium Maius, the museum of the Jagiellonian University, where we encountered an actual bookwheel!

On Thursday we travelled up to Wroclaw to visit the University Library, which turned out to be truly extraordinary as one of the librarians had found, when she was preparing the show and tell, a presentation copy of Tycho Brahe’s De mundi aetherei to Johannes Praetorius! [insert image]. If this wasn’t enough still, that afternoon we went to yet another library in Wroclaw, the Ossolineum. 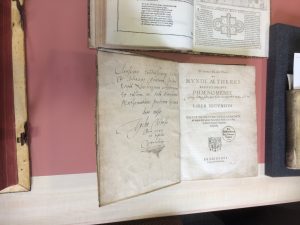 All in all, this was an amazing week and a wonderful combination of scholarship, bibliophilism, good company, and let’s say a more than sufficient quantity of excellent food and wine, beer, and spirits. It also proved to be a great way to get to know Poland, and many people, including myself, sort of fell in love with this country. We would like to express our heartfelt gratitude to all the people and institutions who made this week possible, in particular Clarinda Clama, who did a marvellous job organizing this week!